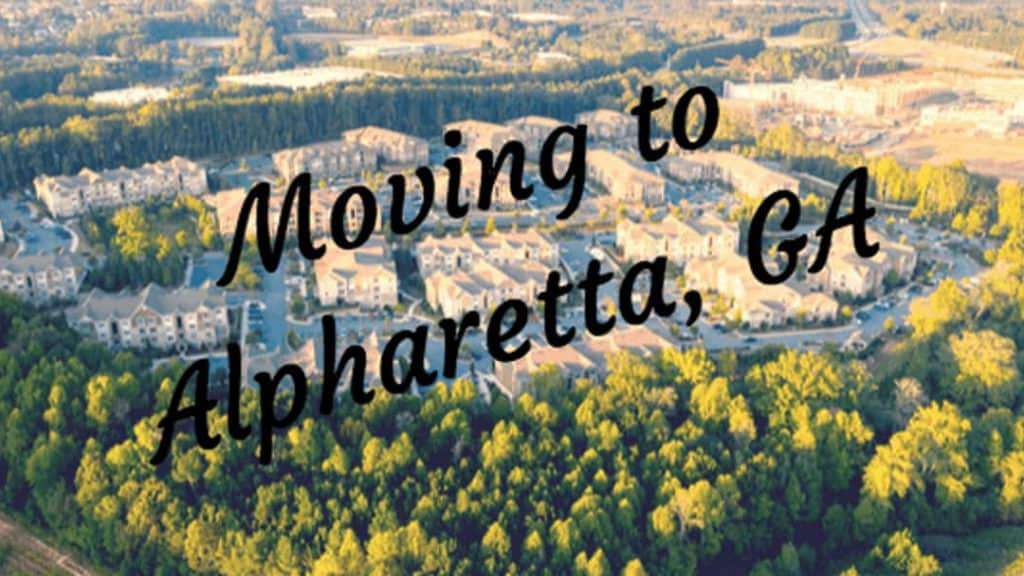 Is Moving to Alpharetta Right for You? – A 2022 Complete Guide

About an hour outside of Atlanta, you’ll find the welcoming city of Alpharetta. An affordable, family-oriented community, Alpharetta offers high-quality schools, great neighborhoods and lots of fun things to do. Plus, as a growing tech hub in Georgia, jobs in Alpharetta are numerous– and growing. Want to learn more? Keep reading to get all the details on why you should move to Alpharetta.

Alpharetta has a long history, going back to the original city charter from 1858. The pioneers who founded the city took their job seriously, even when it came to naming their settlement. Alpharetta means, quite literally, “first town” (alpha means first, and retta means town!).

Like most of the South, Alpharetta was part of the Cotton Kingdom, and cotton used to be its main export. Just before the Great Depression, an invasive species of beetle called the Boll Weevil came to town, and between the depression and the beetles eating all the cotton buds, the industry tanked. Later, during WWII, the demand for food for soldiers helped reignite the Alpharetta economy, as the focus shifted back to livestock farming.

Today, Alpharetta is a hub for business and culture. People living in Alpharetta know how to work hard and play hard, and they are always ready to welcome newcomers. Perhaps that’s why the city has also been named the 7th friendliest city in America by Forbes!

Alpharetta is home to more than 63,000 people. The median age in Alpharetta is 37, though the largest age bracket is kids from 5-17, which makes up about 20% of the Alpharetta population. A majority of people living in Alpharetta are married, and 58% of Alpharetta residents are made up of families with children under 18.

Alpharetta is a majority-White city, although 16% of the population is of Asian descent, and 12% of people here are Black. The Asian population in Alpharetta is larger than the average for Georgia, but its Black population is significantly lower. English is the most common language spoken in Georgia, followed by Spanish.

Folks living in Alpharetta mostly own their homes, though about 30% choose to rent instead. Most families here own two cars, and commute about 24 minutes to work. The median household income in Alpharetta is $93,613 per year, and 88% of the Alpharetta population earns their income via a salaried position.

Cost of Living in Alpharetta

The main expense of living in Alpharetta comes from housing costs. The median home value in Alpharetta is $344,100, which is more than double the national median property value. The majority of homes sell for between $300-$750K. While you can find homes for below $300,000, less than 5% of the homes in Alpharetta are valued at less than $100,000.

When it comes to neighborhoods, Alpharetta has dozens of wonderful choices. Where to live in Alpharetta really comes down to you and your families personal needs, and your budget! To help narrow your search for the best neighborhoods in Alpharetta, we’ve selected a few to showcase here:

Windward is a master-planned community that markets itself as resort-style living. Spanning 3,000 acres, this affluent Alpharetta neighborhood is made up of 44 mini-communities. Homes in Windward start at $400,000; the most luxurious homes here sell for around $4 Million. Amenities include a private lake, golf club, pools and tennis courts, and community parks, along with year-round community events. The Glen Abbey community has some great amenities, including pools, a clubhouse, and eleven tennis courts which employ tennis pros to teach residents! This swim and tennis community even has its own swim team, the Glen Abbey Gators. Houses in this popular neighborhood in Alpharetta are mostly in the traditional brick style, and usually feature a three-car garage.

Another one of the best areas to live in Alpharetta is Shepherd’s Pond! This community consists of 178 single-family homes, and is conveniently located between Georgia 400 and Highway 9. Inside the neighborhood, you’ll enjoy amenities including a pool and tennis courts. Plus, Shepherd’s pond is located on the Big Creek Greenway, a popular choice for walking, hiking and biking.

Families considering moving to Alpharetta will be happy to know that there are great choices for schools here! Lower schools, including pre-school and elementary schools total at 133 local options. There are also 16 middle schools and 9 high schools in Alpharetta.

Alpharetta’s weather is great if you enjoy heat and hate the cold. The average temperature in Alpharetta in the summer is above 81 degrees, and the days are sunny and muggy, with plenty of humidity. Even in the winter, it doesn’t get very cold here; during the cooler months from November to February, the average temperature has a high of 59 degrees. The coldest day of the year here is January 23rd, which dips to 35 degrees. Since the temperature rarely, if ever goes below freezing, you’re unlikely to ever see snow in Alpharetta.

Fun Things to do in Alpharetta Wondering what the locals do for fun in Alpharetta? Folks living in Alpharetta know how to have a good time, and there are tons of fun things to do in Alpharetta for everyone in your family.

Are you or someone you love a music lover? Then you’ll want to check out the Verizon Amphitheatre, one of the top attractions in Alpharetta. The Amphitheatre is an outdoor theater with seating for up to 12,000 people! In addition to local yearly events, the Amphitheatre also plays host to chart-topping acts like Rascal Flatts, Train and Keith Urban!

If you’re looking for a fun activity to do with friends in Alpharetta, leave the kids behind and visit Jekyll Brewing, rated one of the top ten craft beer destinations near Atlanta by AltantaEater.com. Take a tour to learn all about how the brewery makes its famous beers, from start to finish.

One of the best things about Alpharetta is the city’s gorgeous natural surroundings. If you’re looking for fun things to do with kids in Alpharetta, the best option is to get outside and explore! Alpharetta has dozens of local parks with playgrounds for kids, and trails you can walk, hike or bike. One of the best parks in Alpharetta is Fowler Park, which includes a recreation center, sports fields for your little athlete, and even a skate park!

So, is moving to Alpharetta right for you? If you want to live in a city full of friendly people, with great schools and a growing job market in the heart of Georgia, the answer just might be yes! Alpharetta is a great choice for any family, so we know you’ll be happy here.

Once you’ve settled on Alpharetta, feel free to contact us anytime at (404) 635-6683 for help with your move. We’d love the opportunity to be the first folks to welcome you home.