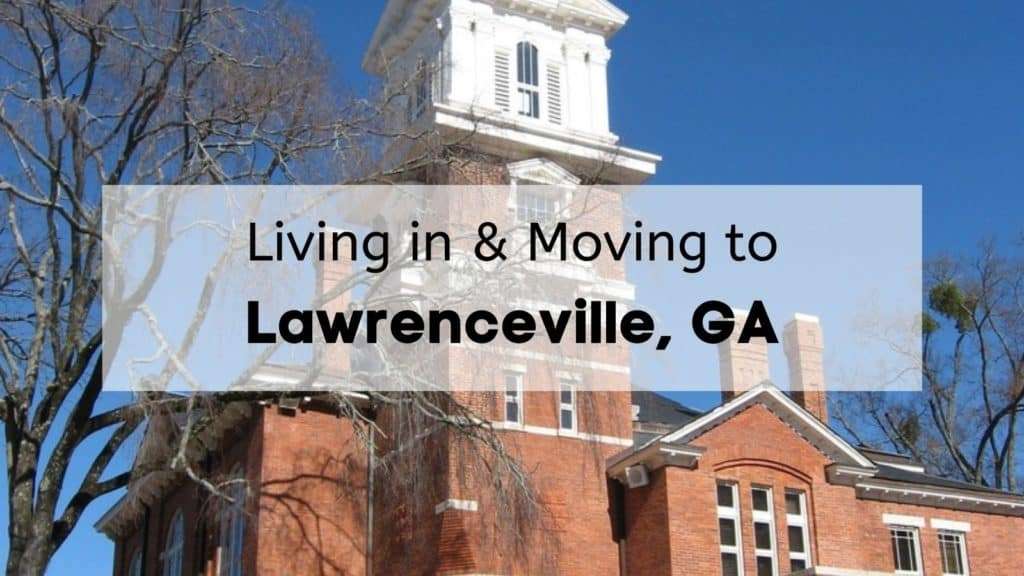 Lawrenceville is a suburb of Atlanta, located about 30 miles northeast of downtown. It was incorporated in 1821, making it the second oldest city in the metropolitan Atlanta area. The city was named after Commodore James Lawrence, who was the commander of the frigate Chesapeake during the War of 1812. Ezzard Charles, who defeated Joe Louis to become the World Heavyweight boxing champion in 1950, was born in Lawrenceville. Oliver Hardy of the famous comedic duo Laurel and Hardy lived in Lawrenceville as a child.

Lawrenceville is considered one of the best places to live in Georgia and is known for its suburban feel and many parks. The public schools in Lawrenceville are highly rated. Lawrenceville is home to performing arts, great dining, and unique shops. The Gwinnett Historic Courthouse grounds, art galleries, and the Veterans War Museum are just a few must-sees. During baseball season, you can catch the Gwinnett Stripers, the Atlanta Braves’ AAA team, at Coolray Field. Notable people from Lawrenceville include rapper Migos and football coach Ted Roof.

People who are relocating to Lawrenceville will be located in Gwinnett County. Lawrenceville area codes are 678, 770, and 404, which are used throughout the Atlanta Metropolitan area. Lawrenceville has six zip codes – 30042-30046, and 30049. There are 69 police officers in the Lawrenceville Police Department.

Around 49% of Lawrenceville residents own their homes, which means there are still plenty of people who rent in the area. If you’re interested in renting in Lawrenceville, you can expect to pay around $1,383 for a 1-bedroom and $1,585 for a 2-bedroom. The rent trends in Lawrenceville have been trending upwards around 22% a year.

The highest-rated neighborhoods in Lawrenceville are Bethesda Park, Alcovy Creek, Campbell Manor, and Jacobs Farm. Bethesda Park offers beautiful homes, diverse in their design, with plenty of space for today’s lifestyles. Homes range from approximately 2,400 square feet to over 3,000 square feet with generous entertaining spaces, gorgeous kitchens, and laid-back outdoor living spaces. Set amid rolling hills and close to parks in a location second-to-none, Alcovy Creek is a tranquil neighborhood with easy access to all the adventures Atlanta has to offer. Campbell Manor is a charming community of new ranch and two-story homes priced from mid $300s. Residents enjoy easy access to Sugarloaf Parkway and Highway 316, as well as nearby shops, eateries, festivals, and more. Jacobs Farm is a quiet subdivision featuring traditional and ranch-style homes. amenities include a tennis court, swimming pool, and residents-only park. Wine racks, stone countertops, and walk-in pantries are just a few of the luxuries Jacobs Farm has to offer. Home prices average $316,014.

Lawrenceville is characterized by hot, humid summers and cool to mild winters, making it a warm, temperate climate. While the summers are muggy, the winters are short and wet, and it’s partly cloudy year round in Lawrenceville. Over the course of the year, the temperature typically varies from 35°F to 89°F and is rarely below 23°F or above 95°F. Lawrenceville averages 52 inches of rain per year, well above the national average of 38 inches. It snows about 1 inch per year in Lawrenceville.

Things to Do in Lawrenceville, GA

Wondering what there is to do in Lawrenceville, GA? Whether you’re looking to spend the day outdoors or looking for a place to shop, we’ve got you covered! Check out the top-rated activities in Lawrenceville down below:

Tribble Mill Park is a forested, 700-acre park located near Sugarloaf Parkway. It’s the place to go in Lawrenceville for outdoor lovers. Ride or bike on the paved loop trail that winds around a tranquil lake and through a shady forest, or get out on Ozora Lake for a day of fishing and boating. You’re likely to encounter all kinds of wildlife here, including deer, geese, turtles, frogs, fish, and songbirds.

Established in 1996, Aurora Theatre houses 2 performance spaces, has 5,000 season ticket holders, does over 850 events annually, and entertains 80,000 visitors a year. Aurora Theatre is the largest arts organization in Gwinnett County and the fastest growing professional theatre in Georgia. Besides theatre performances, they also feature concerts, stand-up comedy, and children’s programs. Free attached covered parking and close by restaurants and shops are a few extra perks!

Additional Things To Do In the Atlanta Metropolitan Area

Hungry as can be after those activities? No problem, we’ve found the top-rated restaurants in Lawrenceville that are guaranteed to satisfy anyone’s taste buds!

Local Republic is located in Lawrenceville’s historic town square. Known as a hip gastropub, they serve a lively mix of Southern and international dishes from local produce. The dining room is cozy, decorated with local art. Enjoy specialty dishes such as shrimp and grits or duck breast with coconut rice cake and summer slaw. However, Local Republic’s claim to fame is its burgers, earning Best Burger in the 2014 Gwinnett Daily Post Reader’s Choice Awards.

The Peachtree Café gives you all the atmosphere of a typical New York diner in the heart of downtown Lawrenceville. Open seven days a week for breakfast and lunch, The Peachtree Café offers comfy booths and a welcoming ambiance. For breakfast, try their pancakes, crepes, omelets, or waffles. Lunchtime dishes include the signature Peachtree Café burger, a cheddar cheese and jalapeno stuffed patty topped with grilled bacon and homemade peach salsa.

Ready to call Lawrenceville your new home? If so, you’ll want assistance from the best Lawrenceville moving company to help get you there! Wirks Moving is devoted to getting you that stress-free move you’ve been searching for. Call Wirks Moving and Storage today at 404-635-6683 for a free quote!