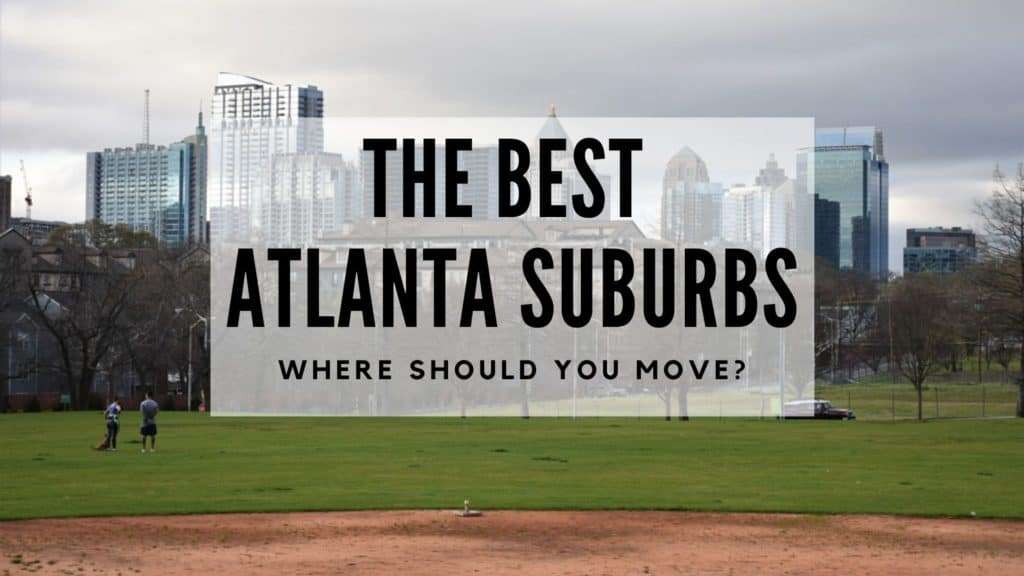 When you’re relocating to Atlanta, it can be a little overwhelming. There are a ton of areas to live here, and with the population being so high, you may not be sure which part is best for you. Everyone needs a different type of Atlanta suburb to live in. A suburb is residential area of a city. Some may be looking for family-friendly Atlanta neighborhoods while others may want something safe for LGBTQ individuals. No matter what it is you’re looking for, you can find it on our list. Keep reading for the best Atlanta suburbs to live in!

Sandy Springs is a wealthy and affluent suburb in Atlanta that’s perfect for nature lovers. Not only is it family-friendly, but many people come here to check out the 22 miles of river shoreline. It’s a gorgeous park that’s protected, so you can come and enjoy many walking trails. This Atlanta suburb is also very close to the city itself, with an average commute to the city lasting about 20 minutes.

Though there is plenty to do at the City Center in Sandy Springs, this neighborhood in Atlanta is better known for the large lantern parade they throw. You can also attend their yearly festival, which is filled with delicious food trucks and fun activities for kids. If you talk to the residents, you’ll find that they believe it’s one of the best places to live in Atlanta.

Homes For Sale in Marietta, GA

If you’ve always wanted to live in an Atlanta suburb known for its culture and history, Marietta is the place to be. Not only is it close to the city for those who work downtown, but it has plenty of small mom and pop-style restaurants and many museums that focus on the south’s history. Many people like living in this Atlanta town because it’s safe, but it’s also fairly affordable.

There are over 30 different parks with playgrounds, walking trails, and more, so you can expect to find a lot of families living here. Plus, there’s really a neighborhood for everyone in this Atlanta suburb. There are neighborhoods with large lots and sprawling homes, but there are also neighborhoods that are more of a planned community, with neighborhood pools and parks.

Decatur – City Feel Without the Traffic in this Suburb

If there’s one thing that Atlanta is known for, it’s their traffic. But, that’s what makes so many people flock to Decatur, one of the best places to live in Atlanta if you want the city feel without all of the traffic. That’s because this cool Atlanta suburb is known for its walkability. There are tons of restaurants, bars, and stores that are easy to walk to. Many people rent apartments or townhomes, but there are some houses as well.

This suburb is mostly filled with young, single adults. Though there are some families, you’ll mostly find this to be a younger crowd. Part of this is due to the nearby Agnes Scott College, which brings in many students. 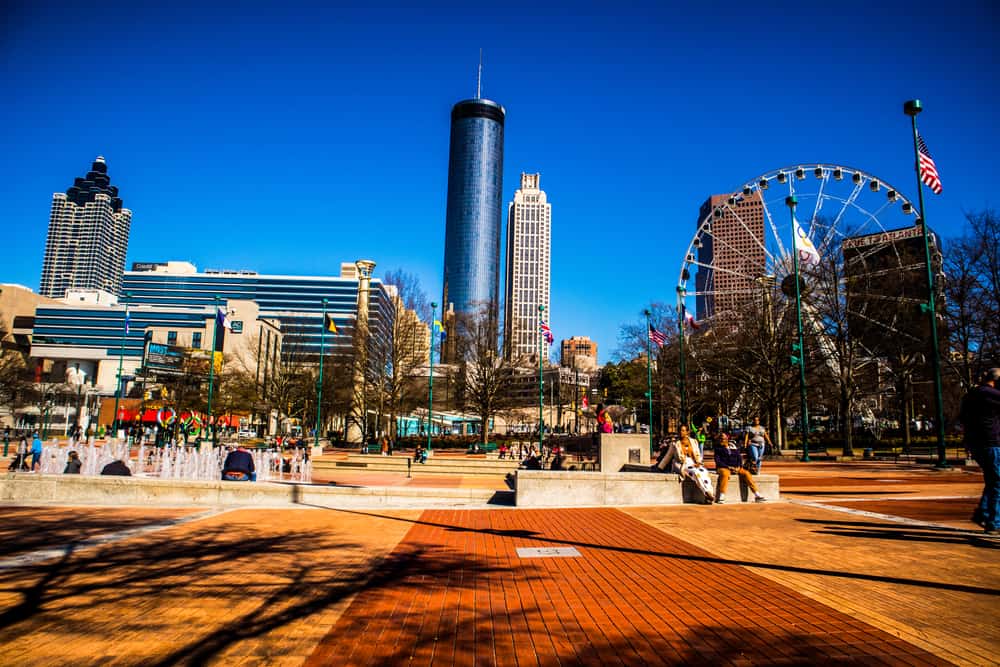 Dubbed as “Gay Atlanta,” Midtown is the best Atlanta suburb for LGBTQ+ individuals and couples. This is a really young, hip area that is known for many festivals and an intense nightlife. However, it’s also a very safe part of Atlanta that doesn’t have a lot of crime. It’s been the spot for gay activisits since the 1970s, and this isn’t changing anytime soon. Though most of Atlanta is very gay-friendly, this is the place to be if you’re a young person looking to be in the gay community.

If you’re looking for the wealthiest Atlanta suburb, Milton is the place to be. With some neighborhoods offering homes that are closer together and in the lower $400,000+, it can be affordable for some. However, the other part of Milton is known for large sprawling lots and homes that cost millions of dollars. Most of the people living here have large farms and many horses, so there are a lot of equestrian sports that happen here. People move here to have a rural feel, but it’s close enough to restaurants and the city that you don’t have to give up much.

The city itself is only about 15 years old, but it’s definitely become really popular over the last few years. It’s one of the most desirable parts of Atlanta to live in, and that’s because of how safe and affluent is. That being said, there are plenty of families. You don’t find single adults or older couples very often. Most of this city is made up of families with older children.

Homes for Sale in Suwanee, GA

Wish you could have the best of both worlds when it comes to safe Atlanta suburbs? Maybe you want both the city feel and the nature feel. Well, you’re in luck because that’s exactly what Suwanee offers! There are 600 acres of parks and walking trails. However, it also has a city center that’s known for delicious restaurants and awesome shops. For kids, there is an interactive fountain right in the city center, and there’s also an amphitheater that has a ton of concerts when the weather is nice.

For those who love living in a city but hate the traffic, you truly get the greatness of green space and the family-friendly atmosphere while living here. This is the perfect spot for those with young kids who want to live in an area with other families.

For one of the safest towns near Atlanta, Virginia Highlands is the place to be. These homes aren’t cheap. Because the commute is nearly nonexistent (it’s just outside of downtown Atlanta!), this is a very popular place to live. You can expect to purchase a home that is near or upward of a million dollars, and the homes are fairly small. However, there is a vibrant community here. There are many hip restaurants here, and it’s known for its bar scene. With the Plaza theatre showing indie films on a regular basis and stores offering pieces of homemade art, this is one spot where you’ll shop local and surround yourself with the community.

You won’t find many kids in this neighborhood, so it’s better for couples and young adults who don’t have children. It’s a younger community, but there are also many retired couples in the homes nearby. Out of all Atlanta suburbs, this is one of the most affluent places to live. Though not everyone can afford it, many people go to this area if they can.

It’s clear that there are plenty of great Atlanta suburbs to live in that still give you close access to the city for short commute times. If you’re planning on moving to Atlanta, have a professional Atlanta moving company help you make the transition easy. At Wirks Moving, we’re here to take the stress away from you. You can count on us to do all the heavy lifting, saving you time and stress. Give us a call today for a free quote!