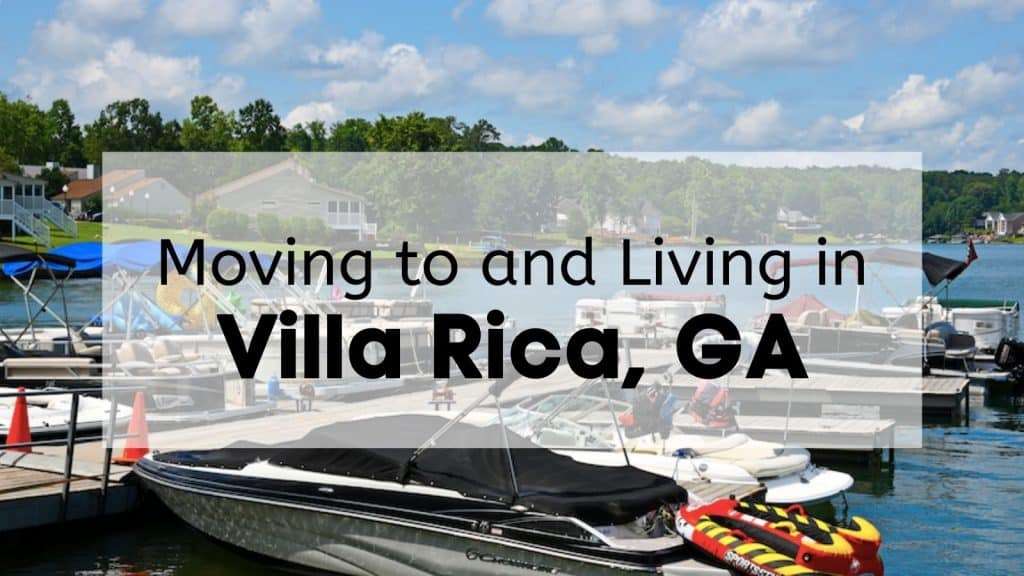 Located in northwestern Georgia — approximately 30 miles west of Atlanta — discover the beautiful and historic City of Villa Rica. Encompassed by both Carroll County and Douglas County, the area sits along Interstate 20. Villa Rica is most well-known for being the site of the first Gold Strike in the United States. As such, it has been nicknamed the “City of Gold.” The Pine Mountain Gold Museum (located at Stockmar Park) shares the story of this part of the city’s history.

Villa Rica translates to “Rich Village” in Spanish. This name was chosen because of its history in the Gold Rush. The city was officially founded with this name in 1881. It is also known for being the home of Jae Crowder the basketball player, Asa Candler, a businessman and politician who bought the Coca-Cola recipe in 1888, and Thomas A. Dorsey, who is credited with being the founder of Gospel music.

Exploring Villa Rica’s demographics, the city’s population is 15,803. Its median age of 33.5 years is significantly younger than the surrounding Atlanta metro area (which has a median resident age of 36.6 years). Approximately 56 percent of individuals in Villa Rica are female, while 44 percent are male.

Across the 5,144 households in Villa Rica, 56 percent of people are single, and 44 percent are married. This figure is about 10 percent higher than in surrounding cities. Approximately 89.9 percent of locals have attained at least a high school diploma. Another 27.1 percent have earned a bachelor’s degree (or higher).

There are select neighborhoods in the city that are safer in terms of crime rates. Individuals moving to Villa Rica should consider relocating to top-rated communities such as Fairfield Plantation, Coronado Forest, and Mirror Lake. These neighborhoods have the lowest crime rates in the entire city. Protecting residents are the officers with the Villa Rica Police Department. 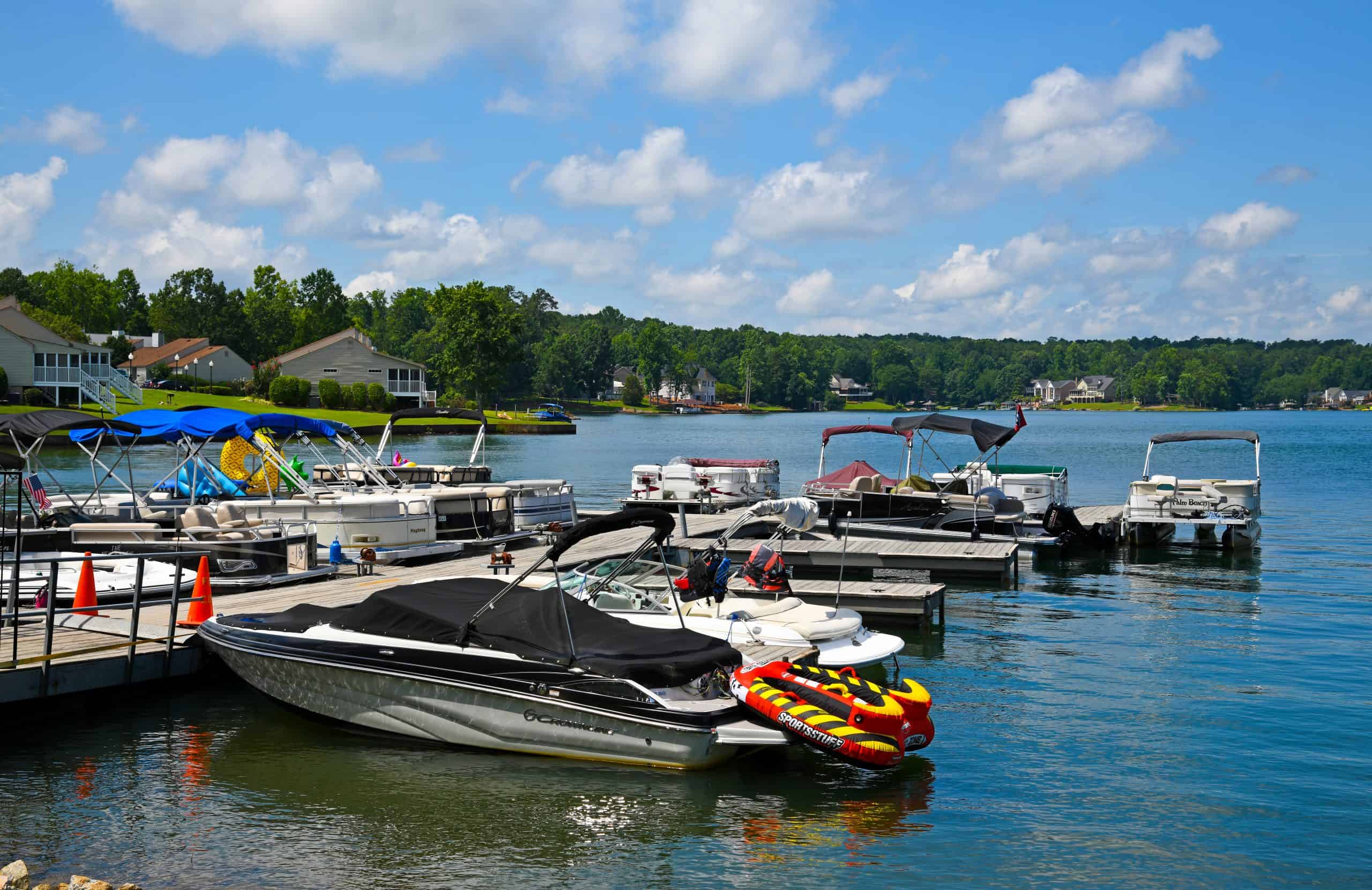 Cost of Living in Villa Rica

Have you been wondering about the cost of living in Villa Rica? On average, you can expect to pay slightly above the U.S. averages on everyday expenses such as utilities, housing, food, and the like. All figures are based on a household of two adults and two children.

According to the Economic Policy Institute, a family of four will need to earn $84,953 per year to afford to live in Villa Rica. This amount is higher than the city’s current median household income of $70,767. Per capita, individuals in Villa Rica bring home a median annual salary of $28,303.

One perk of living in Villa Rica is the city’s low median home prices. The vast majority (62 percent) of properties are sold for between $100,000 and $200,000. People relocating to the area can expect to pay near the median house price of $166,300. Compared to the state and Atlanta metro area, this figure is significantly lower.

Villa Rica Neighborhoods | Where to Live in Villa Rica

What are the best places to live in Villa Rica? As you explore Villa Rica, GA homes for sale, there are several standout communities that are incredibly desirable.

Situated on the southern edge of the city is the highly sought-after neighborhood known as Fairfield Plantation. Serving as both a residential community and vacation destination, this area is known for its exclusive clubhouse, vacation rentals, lakes, and Fairfield Beach. Individuals who are looking to live the good life at all times should definitely check out this upscale locale.

Nearby, Coronado Forest is another idyllic suburban neighborhood. Close to popular retailers, restaurants, Clinton Nature Preserve, and Interstate 20, this is an excellent spot for those desiring top-tier convenience. Homes in Coronado Forest are spacious and well-suited to families.

Last but not least, Mirror Lake is one of Villa Rica’s finest neighborhoods. Serene, affluent, and brimming with amenities, it is no surprise that so many locals adore this choice community. The area features luxurious homes, nearby shopping and dining, and the prestigious Mirror Lake Golf Club.

Moving to Villa Rica is ideal for those who enjoy a warm climate year-round. Although the area can experience occasional bouts of winter weather, these occurrences are rare.

This part of Georgia is well-known for its hot and humid summers. Sunscreen, shorts, and sandals are staples in this part of the country. In July, average daily highs reach a steamy 89F degrees. Daily lows in the summer often stay above 70F degrees. Because of its consistently high temperatures and muggy atmosphere, Villa Rica experiences frequent storms. In the fall and winter, temperatures remain mild. In January, the average daily high is a comfortable 53F degrees. 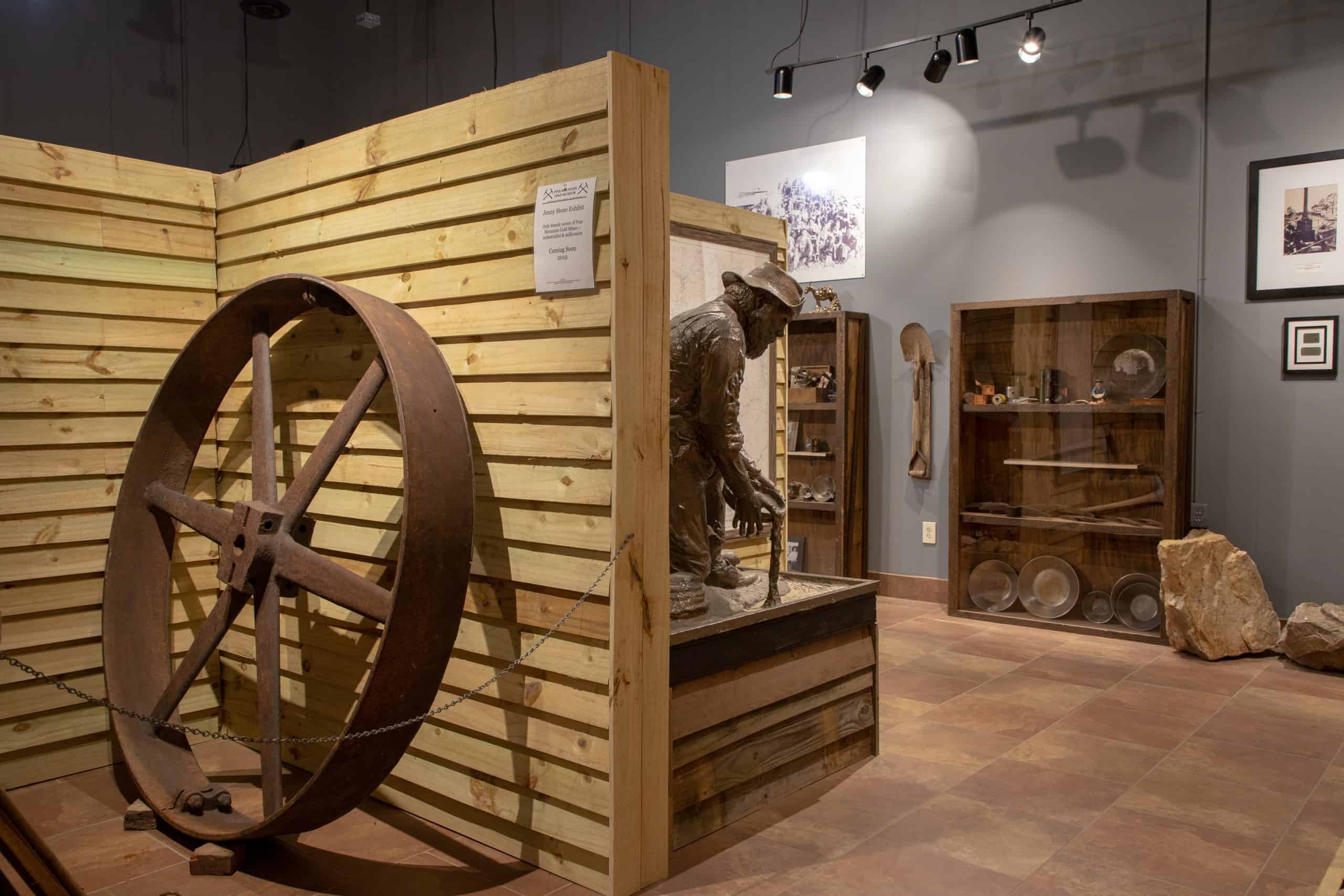 Things to Do in Villa Rica

Looking for the best ways to spend your free time while living in Villa Rica? Explore a sample of the city’s top attractions.

Learn about the area’s role in the Gold Rush at the Pine Mountain Gold Museum. A not-to-miss family-friendly attraction, visitors can take a ride on the tranquil Pine Mountain Scenic Railroad, discover what it takes to pan for gold, and check out gold mining artifacts.

Private and exclusive, the Mirror Lake Golf Club is a revered spot to unwind. Spend time outdoors with the kids at the club’s swimming areas, or reserve your tee time at the 36-hole course. Members also enjoy four tennis courts (which are lit and open at night), children’s programs, and more.

Villa Rica operates numerous parks and other amenities across the area for all residents to enjoy. Check them out on the Villa Rica Parks and Recreation website. Additionally, there are many community events in Villa Rica. Click here for a calendar of events.

Villa Rica is known for its highly-rated restaurants that span a variety of cuisines. Whether planning a date night or a meal with the family, there are great places in every neighborhood.

Acclaimed for its authentic Greek and Italian dishes, The Olive Tree is an incredibly popular Villa Rica restaurant. Offering menus for lunch and dinner, favorite selections include the delicious Greek bruschetta, arrivederci pizza, gyro plate, and the hearty homemade lasagna. The restaurant also offers an excellent kids menu, making this a wonderful place for families to dine.

Southern cooking doesn’t get more authentic or delicious than it does at Rooster’s Southern Corner. Approachable and one-of-a-kind in its menu offerings, diners can order delicacies such as oxtail, fried okra, homemade macaroni and cheese, and banana pudding.

A post shared by Chef Life By Gabe Toups (@gabesdowntown)

If you are seeking employment before moving to Villa Rica, there are plenty of companies hiring across industries. Popular jobs in Villa Rica include customer service roles, various medical positions, and hospitality-related roles.

Some of the top places hiring in Villa Rica include Villa Rica Parks & Recreation, Mirror Lake Golf Club, and various retailers and restaurants throughout the city.

Villa Rica is encompassed by the Carroll County School District. This school district governs 12 elementary schools, six middle schools, and five high schools. In Villa Rica, residents have the option of sending their children to Villa Rica Elementary, Ithica Elementary School, Villa Rica Middle, Villa Rica High School, and several others. To the delight of parents and students, many of the area’s schools are highly-rated.

Whether studying or reading for leisure, students and others will enjoy the free Villa Rica Public Library (located at 869 Dallas Highway).

Explore more things to do, places to eat, and beyond with this Villa Rica map.

If you are planning to relocate to Villa Rica in the near future, we can help make the moving process a breeze. Trust our five-star Villa Rica movers for all of your needs. Call us today at 404-635-6683 to get started.