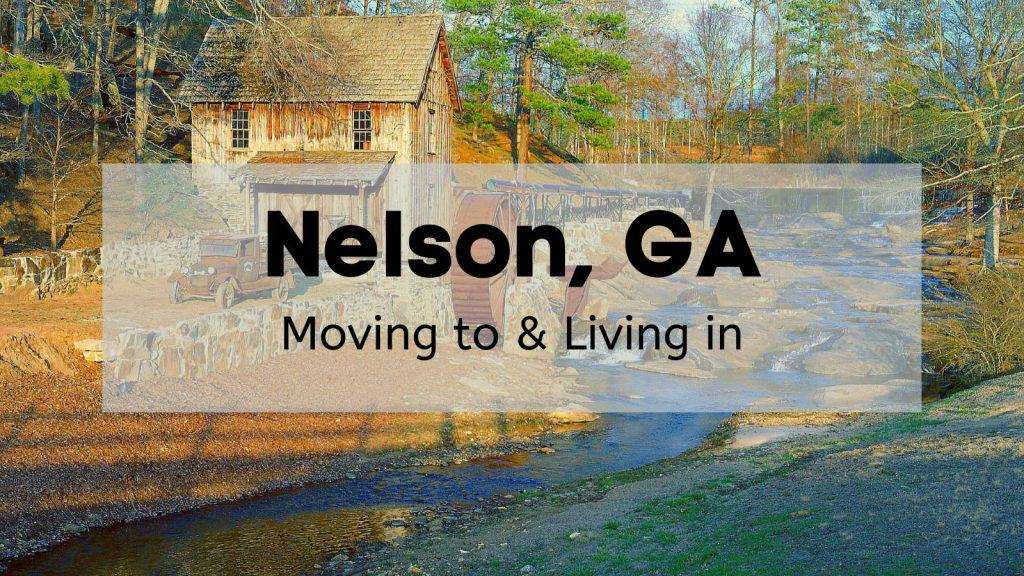 Nelson, named for early landowner and farmer John Nelson, who used to live in the area, is a middle-class suburban city (despite its small population!) some distance north of Atlanta’s urban area. Nelson is primarily known for being a marble-mining city, and this is still an important part of Nelson’s industry today. In fact, during the 1800s, much of the marble that made important monuments in Washington D.C. was sourced from massive marble veins underneath Nelson, such as the Lincoln Memorial and the eastern front to the U.S. Capitol Building. The community itself was incorporated in the late 19th century, largely coming up around the marble industry as the construction of railroads allowed for bigger mines and quarries for Nelson’s particularly high quality marble. Today, Nelson is a great place to live as a sleepy residential town in one of the most beautiful areas of Georgia – you’ll love living in Nelson!

Where is Nelson, GA?

Nelson is in both Cherokee and Pickens County, about an hour north of Atlanta’s city center. Nelson is located within the Atlanta-Sandy Springs-Alpharetta, GA metro area, and is not bordered directly by any communities, but is very close to Ball Ground to the south and Jasper to the north. The distance from Nelson, GA to Atlanta, GA is 53 miles.

The population of Nelson is 1,302 distributed over 1.5 miles at a population density of about 850 people per square mile. The median age here is 34.8, and 0.7% of residents are foreign born, 67% of whom come from Asia. 24.1% of Nelson’s population has a bachelor’s degree or higher certification.

A community as small as this is hardly a place with a lot of notable people, but one person of note who lived in Nelson was Claude Atkins, who had a significant acting career during the ‘50s to ‘80s.

Is Nelson, GA safe? Don’t worry one bit – Nelson is an incredibly safe community to live in! According to Areavibes, Nelson’s overall crime rate is 63% lower than national average, with 861 crimes annually per 100,000 people. The property crime rate is 63% lower than the national average, while the violent crime rate is also 63% lower. You won’t have to worry about crime in this cozy little community! Nelson’s low crime rate meant that they were confident in deciding to remove their own police department in 2018 to save on taxes, so Nelson now is served by the Pickens County Sheriff’s Department and Cherokee County Sheriff’s Department.

Cost of Living in Nelson, GA

Georgia is generally a very affordable state, relatively speaking, and a city as small as Nelson is similarly going to be very affordable. The cost of living index for Nelson is 10% lower than the national average. The median home price in Nelson is $517,000, which is almost triple the average Georgia home price of $175,200. According to RentCafe, there is no data for average rent in Nelson, but nearby communities have rents that are typically around $1,600 per month.

According to the Economic Policy Institute, a family of four will need a yearly income of $78,456 to live here.

If you want to make yourself a part of this community, you should check out the latest listings for homes for sale in Nelson, GA.

Want to know what sort of daily expenses you’ll be paying in Nelson? Check out these everyday expenses for Nelson, provided by Numbeo.

Nelson is just too small to have distinctive neighborhoods – there’s not much you can do with a population barely above 1,000! However, there’s still plenty to know about real estate in the area.

For real estate prices, the most relevant aspect for the prospective resident will be that the southwestern portion of Nelson generally tends to hold more affordable property, while the northern portion holds the more expensive property. However, property prices are generally pretty uniform across the small community.

According to the Koppen Climate Classification, Nelson is a humid subtropical climate. It rains regularly, is generally very humid, and doesn’t snow a lot. You can expect lows of 29 degrees Fahrenheit during the winter months, and highs of 86 degrees Fahrenheit during the summer months. Nelson gets more than the average amount of rainfall for the United States, with 55 inches per year. Nelson generally only tends to receive 2 inches of snow annually. The best times to visit Nelson, in terms of comfort rating, are May and September.

Nelson and her neighbor city of Atlanta regularly experience tornadoes, particularly from the period of February to April. Be sure to be prepared for such an event should it occur to you.

Things to Do in Nelson

Want to spend some time outdoors, or interested in doing some casual sports, like baseball? Weatherby park has both sports fields and picnicking areas!

Hosted by the Pickens County Sheriff, JeepFest is a yearly automobile festival like few others! Test the limits of your Jeep with obstacles, mud, trails, and more!

Situated on the beautiful and big Allatoona Lake, Fields Landing is a bit of a drive from Nelson, but well worth its weight in gas money! You’ll be stunned by Georgia’s natural beauty here.

Nelson is served by the Pickens County parks & recreation department. See all the events that are planned in Nelson with the Nelson community calendar.

Places to Eat in the Nelson, GA Area

Alongside its host of things to do, Nelson is also home to plenty of great eats! Check out some of the best places to eat near and around Nelson, Georgia below:

With fine Southern dishes, Home Restaurant will truly make you feel at home in rustic Georgia!

Packed to the brim with fantastic baked goods of all sorts, there’s a reason why many in Pickens County choose to pass by here for their daily meal!

Nelson is primarily served by the Pickens County School District, which also serves many other communities in the area, such as Jasper, Tate, and Ball Ground. Notable schools include Hill City Elementary, Pickens County Middle, and Pickens County High. Nelson is all about modesty, but your child’s education will be in good hands here!

Students and others in Nelson are served by the Ball Ground branch of the Sequoyah Regional Library.

While Nelson does have some limited local industry, commuting might be your best bet for work in Nelson! According to Payscale, the most popular positions of employment are Mechanical Engineer, Accounting Manager, and Systems Administrator. The most popular employer in Nelson is Chart Industries, Inc. The average salary for a worker in Nelson is $68k a year, while the average hourly wage is $19.50.

See the latest openings for jobs in Nelson here.

Explore Nelson’s large variety of things to do, places to eat, and more with this map!

Planning on living in Nelson, Georgia? Give Wirks Moving a call at 404-635-6683! With a team of trustworthy and 5-star Nelson movers, Wirks Moving is equipped and ready for any sort of moving situation you can think of! Call now or fill out our online form for a free quote!

Reynolds Nature Preserve is one of the most popular nature preserves in the state of Georgia. This protected forest area covers 146 acres and features

Auburn is a quaint little city located in northwest Georgia. As a suburb of Atlanta, the charming city of Auburn is known for its huge

Your day-to-day life can be pretty hectic. You’re always on the go, and it can be tough to find time to relax. But when you 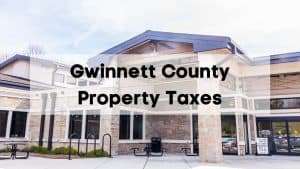 Thinking about becoming a homeowner in Gwinnett County? One of the biggest considerations to make when moving to any new area is how much you’ll