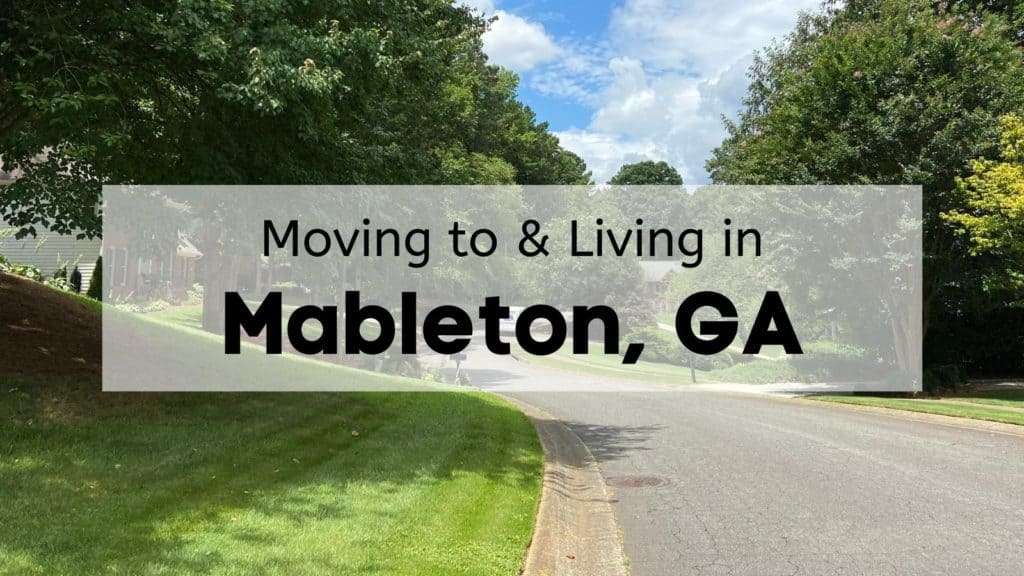 Founded by Scottish immigrant and farmer Robert Mable in 1843, the land gradually became a thriving community producing cotton, potatoes, and corn. It was initially called Mill Grove and then changed to Nikajack before officially being incorporated as Mableton in August 1912. The time as an incorporated city didn’t last long though as a heavy flood caused a major tax issue for residents, which led to Mableton being unincorporated four years later in August 1916.

Mableton is known for its sparse suburban atmosphere, its beautiful local parks, and highly-rated public schools.

How many people live in Mableton? With a few thousand people relocating to Mableton in the past decade, the community has seen decent growth recently. The population in Mableton is 41,487 people with a median age of 36 years old.

Mableton’s demographics make it a highly diverse town with a population consisting of 43% Black or African American, 31% Caucasian, 22% Hispanic or Latino, and 2% Asian. The gender ratio in Mableton is 52% female and 48% male. The median household income in Mableton is $69,840, right around the national average.

2. Cost of Living in Mableton, GA

How much does it cost to live in Mableton, GA? People moving to Mableton can expect to have lower than average expenses for healthcare, transportation, and the real estate market, but will likely pay more for groceries and transportation. The average cost of living in Mableton is 4% higher than the national average and about 10% higher than the Georgia state average.

The homeownership rate in Mableton is 67.9%, making it a bit more common for people to buy than to rent. Local Mableton, GA homes for sale vary greatly from small comfortable cottages all the way up to large family homes that cost more than $1 million. The average price of a home in Mableton is $320,000. With a local property tax rate of 0.720% in Mableton, homes at that price would have about $2,304 in annual property taxes per year.

The remaining 32% of people living in Mableton rent either apartments or homes in the community. The average price of rent in Mableton is $1,169 per month with costs changing based on location, amenities, and other factors.

Where should you live in Mableton? The top neighborhoods in Mableton are:

There is lots of convenient shopping in Mableton with local destinations such as Walgreens, Target, The Village at Mableton, ALDI, Food Depot, and Mableton Crossing.

Here is a map of Mableton, GA if you wish to look further.

The Köppen climate in Mableton keeps the local temperature fairly low throughout the year. But the weather in Mableton is also pretty humid for most of the year along with about 38 inches of annual rainfall.

The average temperature in Mableton during winter is cold at night reaching the low 30s and then rises to the mid-50s in the daytime. Summers warm up and bring muggy days between the upper 60s and mid-80s.

5. Things to Do in Mableton

Thanks to its easy access to Atlanta and other nearby cities, there are loads of fun activities and great places to visit in Mableton.

A post shared by Six Flags Over Georgia (@sixflagsovergeorgia)

Right on the outskirts of town, Six Flags Over Georgia is ranked among the best things to do in Mableton and across the entire state. The large theme park is the best Mableton attraction and has everything from roller coasters and thrill rides to kid’s activities and carnival games for people of all ages to enjoy.

If you’re up for a unique experience, the Mable House Barnes Amphitheatre stands as one of the top points of interest for people living in Mableton. The 2,400-seat venue has many can’t miss things to do in Mableton including concerts, plays, and other performances.

There is a great selection of popular places to eat in Mableton, making it easy to take a night off from cooking at home every now and then.

Rated with other top restaurants in Mableton, Mexico Lindo Restaurant is the place to be when you’re dying for some great Mexican food. The Tex-Mex eatery features a casual dining experience with a savory menu of burritos, taquitos, taco salads, nachos, fajitas, and many other recognizable dishes.

For seafood fans moving to Mableton, you simply can’t go wrong with the fried or boiled options found at Bay Breeze. As another one of Mableton’s top places to eat, this highly-rated restaurant has crab, fish, shrimp, chicken tenders, oysters, scallops, you name it.

Searching for the best places to work in Mableton? Great Mableton jobs are often available at local employers such as:

Anyone planning to commute from Mableton to Atlanta should anticipate a 14-mile drive, which takes about 30 minutes depending on traffic conditions. 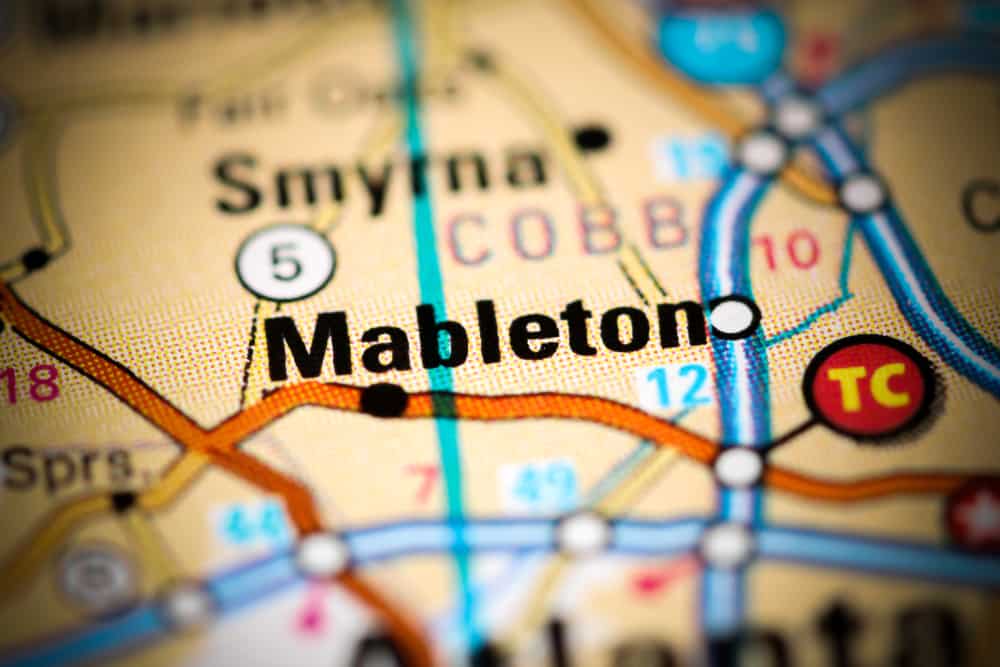 The average salary in Mableton is $63,000 per year. The Mableton state income tax rate is 6%. Mableton has an unemployment rate of 3.4%, which is below the national average.

There are approximately 12,031 kids between the ages of 0 and 18 years old residing in Mableton, making up about 29% of the population. Mableton is an excellent place for families to live because of its good public schools, nice neighborhoods, and fun activities for children.

Schools in Mableton make up a small portion of the Cobb County School District:

There are no colleges or universities in Mableton. GA.

Anyone relocating to Mableton will find there is plenty to love about this beautiful Atlanta suburb. If you’re looking for help from top-rated Mableton movers, the crew here at Wirks Moving is the best team to assist you. Reach out to us at 404-635-6683 or complete the Request a Quote form at the top of this page for a free moving estimate!