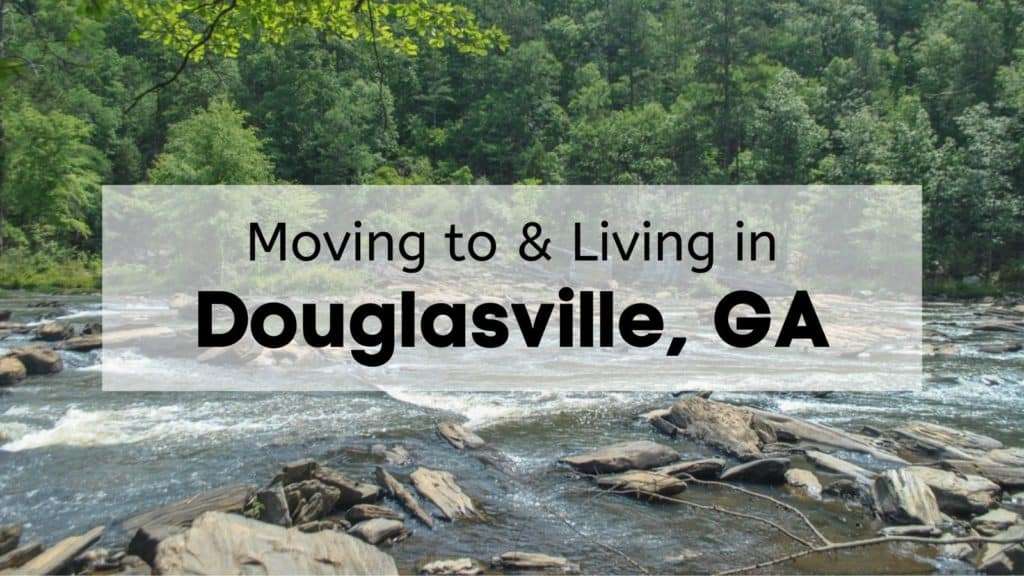 The city of Douglasville, GA is the county seat of Douglas County and can be found about 23 miles west of downtown Atlanta. It is bordered by Lithia Springs, Austell, Chattahoochee Hills, East Point, Hiram, Palmetto, Powder Springs, Smyrna, Union City, Villa Rica, and Mableton.

Before it became Douglasville, the area was formerly known as “Skint Chestnut”, a name that came from a large chestnut tree that was used as a landmark by Native American inhabitants. The area was found in 1874 when a railroad was built through the community. Douglasville was officially incorporated as a city only one year later in 1875.

Douglasville was named after an Illinois senator named Stephen A. Douglas.

The area of Douglasville is known for being the location of the worst flood in Georgia history, which occurred on September 21, 2009. More than 18 inches of rain fell in one night, leading to flooded streets, homes, and businesses. The city has since bounced back and grown from this natural disaster.

Some of the most notable people who have lived in Douglasville are “Survivor: Thailand” winner Brian Heidik, rapper Lil Nas X, actor Walton Goggins, and band Norma Jean.

Is Douglasville a good place to live? Find out exactly what you’ll want to know before moving to Douglasville by checking out these interesting facts and details about the city.

How many people live in Douglasville? The city has seen significant growth since the 1980s with more than 27,000 people relocating to Douglasville in that time. The Douglasville population is 33,052 with a median age of 35 years old.

Douglasville demographics are highly diverse, made up of 62% Black or African American, 27% Caucasian, 7% Hispanic or Latino, and 2% Asian. The gender ratio leans heavily in favor of women as the population consists of about 54% female and 46% male. The median household income in Douglasville is $58,560. 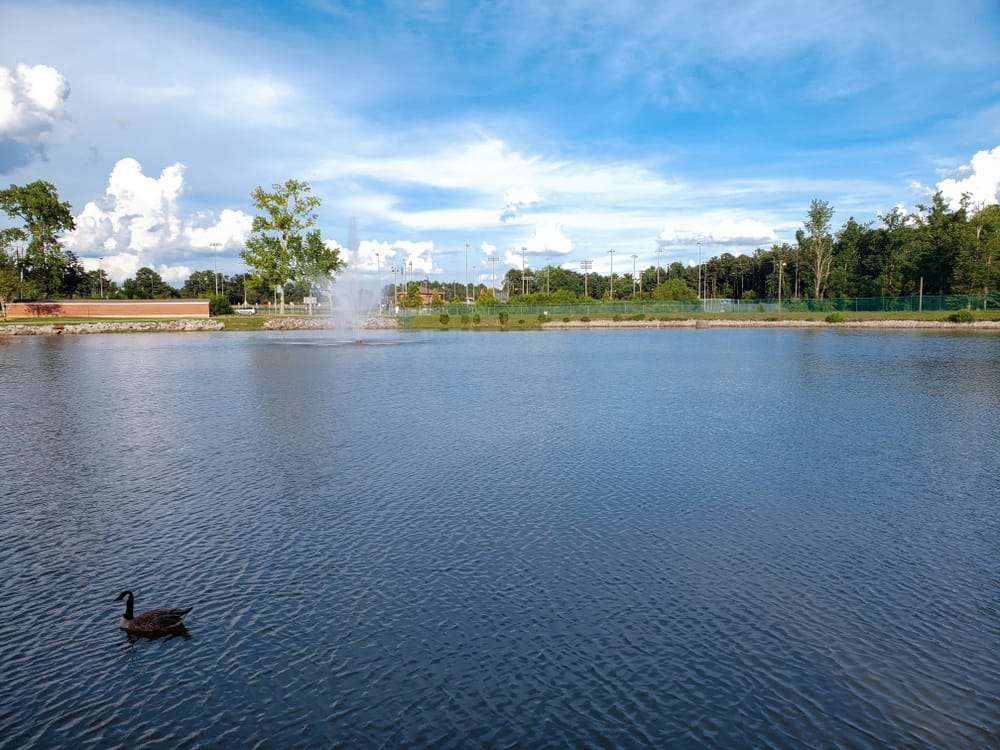 The Douglasville Police Department has about 92 men and women who serve as active-duty police officers and protect people residing in Douglasville.

2. Cost of Living in Douglasville, GA

The homeownership rate in Douglasville is 43.4%, meaning that less than half of local residents purchase their living spaces. Local Douglasville, GA homes for sale offer a wide range of properties to fit any family size or lifestyle need. The average price of a home in Douglasville is $272,475.

Nearly 57% of residents living in Douglasville rent their homes or apartments. The average price of rent in Douglasville is $1,308 per month, a 17% increase in the last year.

The Douglasville Parks and Recreation department operates a total of 7 parks and other outdoor amenities in Douglasville. Residents living in the area can enjoy these outdoor activities at any time of the year.

It’s easy to get from Douglasville to Atlanta only 23 miles away, taking about a 30-minute drive in each direction.

There is a humid subtropical climate in Douglasville so the city experiences cold, wet winters and warm, muggy summers. Douglasville weather gets about 54 inches of rain per year on average along with a minimal amount of 2 inches of snow annually.

The average temperature in Douglasville during the summer is typically between the mid-60s at night and the upper 80s during the day. Winters cool down drastically as nights drop down to the low 30s and days get into the mid-50s.

5. Things to Do in Douglasville

Before relocating to Douglasville, you’ll likely be wondering whether the area has any fun activities, local attractions, or other enjoyable things to do.

One of the top outdoor activities in Douglasville is available at the Sweetwater Creek State Park, a historical wooded area. The state park offers lots of unique places to visit as well as boating, fishing, geocaching, hiking, and enjoying picnics.

Thunderzone is a can’t miss thing to do in Douglasville with bowling and other fun activities for people of all ages. The popular bowling alley also offers visitors access to a video game arcade, laser tag, virtual reality, a restaurant, and a bar.

Newcomers moving to Douglasville will be pleased to know that the city offers plenty of great restaurants to fit every palate.

Gumbeaux’s is one of Douglasville’s top places to eat for anyone interested in trying out some New Orleans-style Cajun food. Enjoy a laid-back atmosphere as you feast on everything from gumbo and po boy sandwiches to jambalaya, shrimp, crawfish, dirty rice, and much more.

Among the best restaurants in Douglasville, Monterrey Mexican Restaurant offers the top dishes from south of the border. Take your pick from their menu between choices like nachos, taco salads, fajitas, chimichangas, enchiladas, burritos, and many others.

If you’re searching for Douglasville jobs before moving to the city, you’ll find great companies all over town. A handful of the best places to work in Douglasville are:

Check Indeed for additional job listings before moving to Douglasville.

The average salary in Douglasville is $55,000 per year. There is a state income tax rate of 6%. The local Douglasville unemployment rate is currently around 5.2%.

There are approximately 8,924 children between the ages of 0 and 18 years old living in Douglasville, which adds up to about 27% of the population. Parents often agree that Douglasville is an excellent place for families to live thanks, in part, to its local education system. 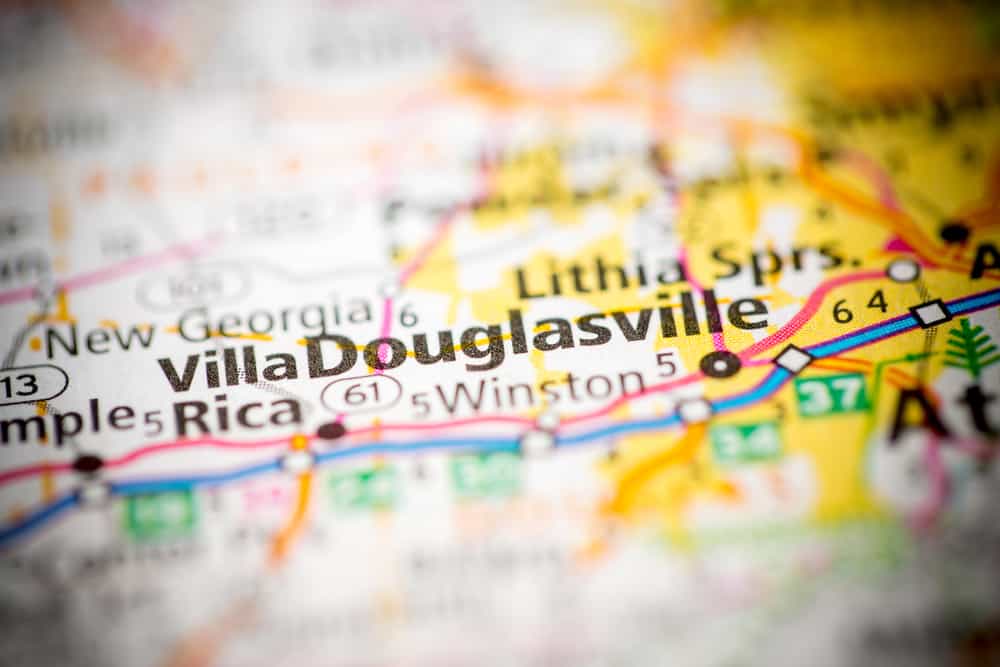 The nearest colleges and universities to Douglasville are Life University, Clark Atlanta University, and Morehouse College.

Students, parents, and other residents in Douglasville enjoy access to the free Douglas County Public Library.

The elevation in Douglasville is 1,201 feet above sea level.

You can find loads of great things to do, popular places to eat, and other local amenities with this Douglasville map.

There are so many benefits that come with relocating to Douglasville that make it such a great place to live. If you’re planning on calling this pleasant city your new home, trust the top Douglasville movers here at Wirks Moving to help you! Give us a call today at (404) 635-6683 or fill out the Request a Quote form on this page for a free moving estimate!