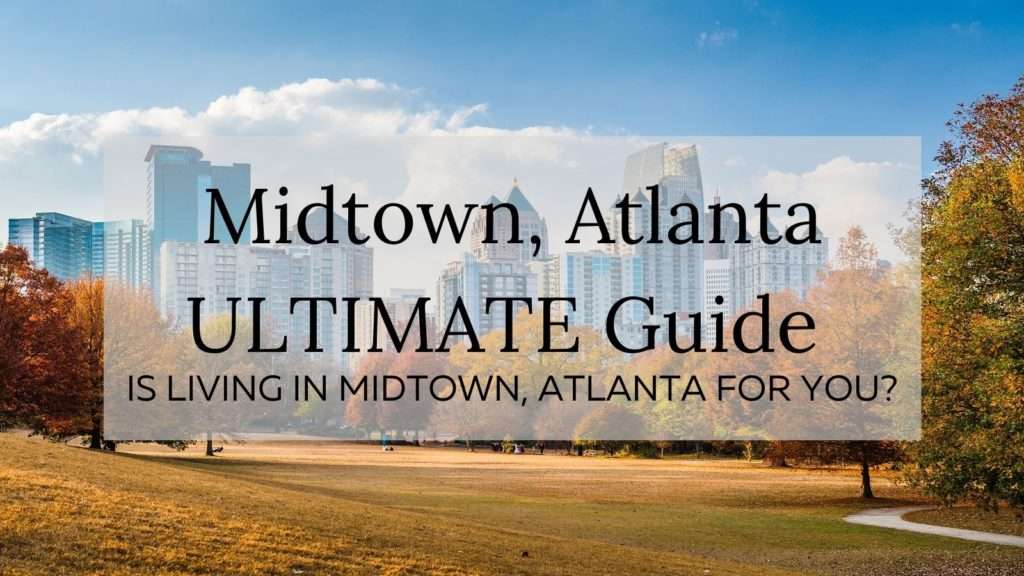 When it comes to desirable Atlanta neighborhoods, no place holds a candle to Midtown. What is Midtown known for? The Midtown nickname is Atlanta’s Heart of the Arts and it’s known for its dense number of art galleries, museums, theaters, historic buildings, and the Savannah College of Art and Design Atlanta campus. This cultural and commercial center of Atlanta has a population of 42,000 which swells to 81,000 by day and attracts over 6 million visitors every year to its many festivals and attractions. Living in Midtown, you’ll enjoy morning coffee on your balcony watching the activity below, short walks to the market, sidewalk brunches with friends, and new restaurants every week.

If you’re moving to Midtown, Atlanta, get ready for a neighborhood brimming with life, fun, and comfort with a pedestrian-friendly layout and endless things to keep you busy.

Midtown began as a small neighborhood between Buckhead and Downtown. The southern half of the neighborhood between North Avenue and 8th Street was purchased in 1848 to use the existing pine forest as fuel for a flour mill downtown. Over a period of decades, the owner, Richard Peters, began to subdivide the land for a residential area and built his home which still remains as an historic building called Ivy Hall.

In the late 19th century, Midtown’s Peachtree Street transformed from a shantytown infamous for robberies into an area called Blooming Hill packed with mansions. By 1880, cross streets were constructed in the area and neighborhoods like Piedmont Park began to take shape. 30 years later, Midtown’s Peachtree Street was considered one of the best neighborhoods in Atlanta.

Midtown began to see large-scale commercial developments in the 1960s and 1970s with a MARTA subway line opening in the 1980s. Many high-rise condos were built in the 2000s that began to transform the Midtown skyline. The neighborhood, largely blighted in the 1980s, began to explode with street life, boutiques, lofts, and galleries.

Midtown is located between Downtown Atlanta and Buckhead and covers about 3.8 square miles in the 30308 and 30309 zip codes. The City of Atlanta considers Midtown to be the business district along Peachtree Street and Historic Midtown, the area east of Piedmont Avenue and south of Piedmont Park. The Midtown Alliance and residents usually consider Midtown to be the Greater Midtown area which splits the community into Midtown Core and Midtown Garden District (or Historic Midtown) and includes the following neighborhoods: Atlantic Station, Sherwood Forest, Loring Heights, Home Park, and Ansley Park.

While living in Midtown, you’ll find it easy to get around using public transportation. Midtown is served by the MARTA rapid rail transit system with Midtown, North Avenue, and Art Center MARTA stations. There’s also bus service and free shuttles between the Midtown station and Georgia Tech and the Art Center and Atlantic stations.

Midtown, Atlanta has a high walkability ranking and you’ll probably find most day-to-day amenities within walking or biking distance. Many Midtown residents can walk to the grocery store, restaurants, shopping, and museums from their home!

Midtown, Atlanta Lifestyle & Culture – What’s it Like Living in Midtown?

If you’re moving to Midtown, you’re probably wondering what it’s going to be like. Is Midtown a good place to live? Will your neighbors have similar interests? This fast-growing community is home to traditional single-family neighborhoods as well as high-rise condos, lofts, and apartments. Most people in Midtown walk and use public transportation with a fairly fit, young population. 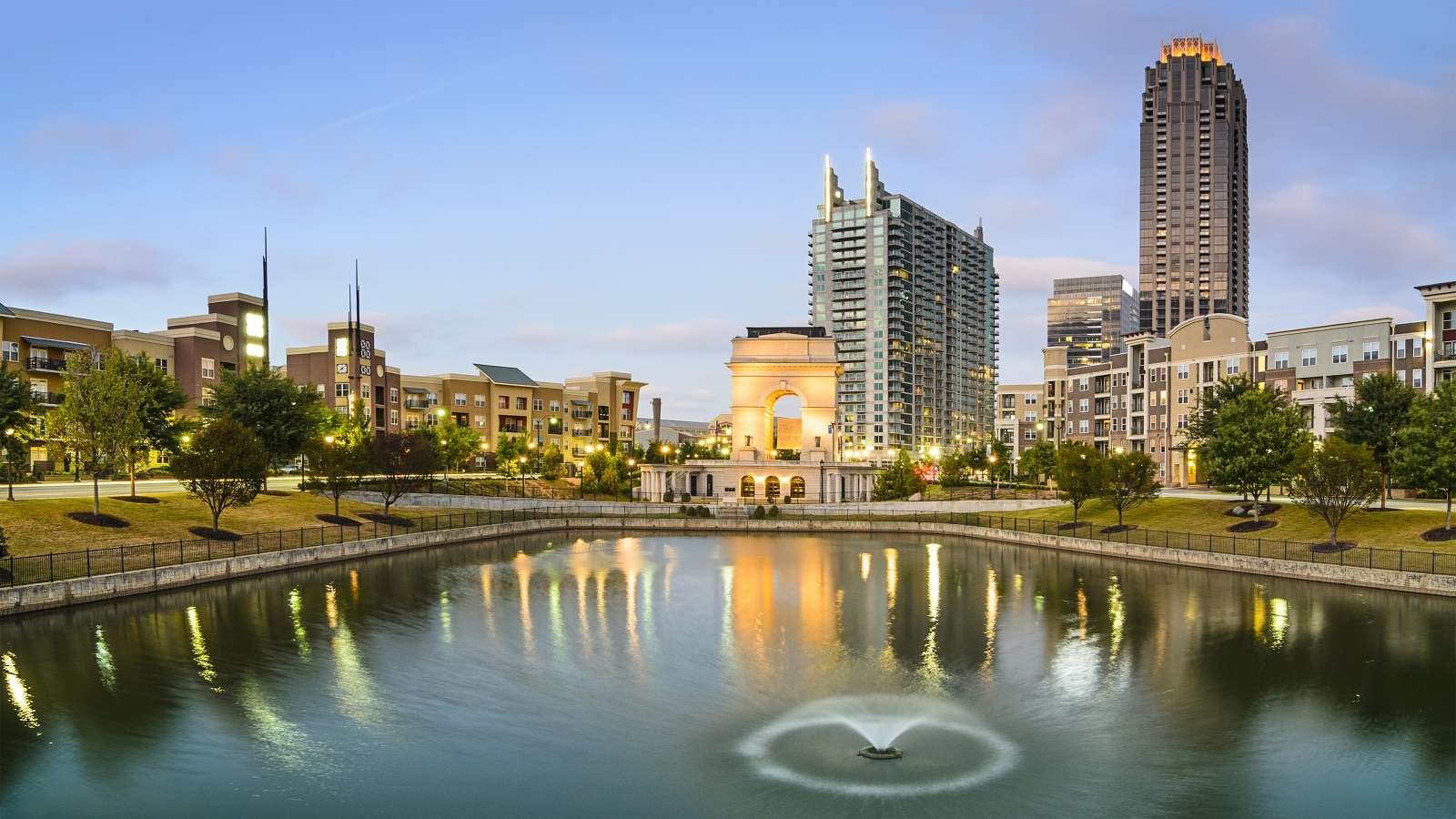 Midtown is home to artists, young professionals, and families who appreciate nearby amenities and a fun culture of art and entertainment. About 2/3 of Midtown residents are Gen Xers or Millennials and 79% feel a strong sense of community and attachment. That’s because Midtown is a place where you can live, work, walk, and play with public transit, green space, arts and cultural attractions, healthcare, and a business district within walking distance!

Curious how you’ll spend your time enjoying your new neighborhood? Here are some of the top places you’ll want to explore.

Top Things to Do in Midtown, Atlanta

Not all of Midtown is a dense, urban community; it’s also home to the 200-acre Piedmont Park in the heart of Midtown. Designed by the sons of Frederick Olmsted, who designed Boston’s famous Emerald Necklace of parks and NYC’s Central Park, Piedmont Park offers the best outdoor activities in Midtown. It boasts two playgrounds, paved paths, sports fields, fishing, and swimming. It also hosts the Annual Dogwood Festival. 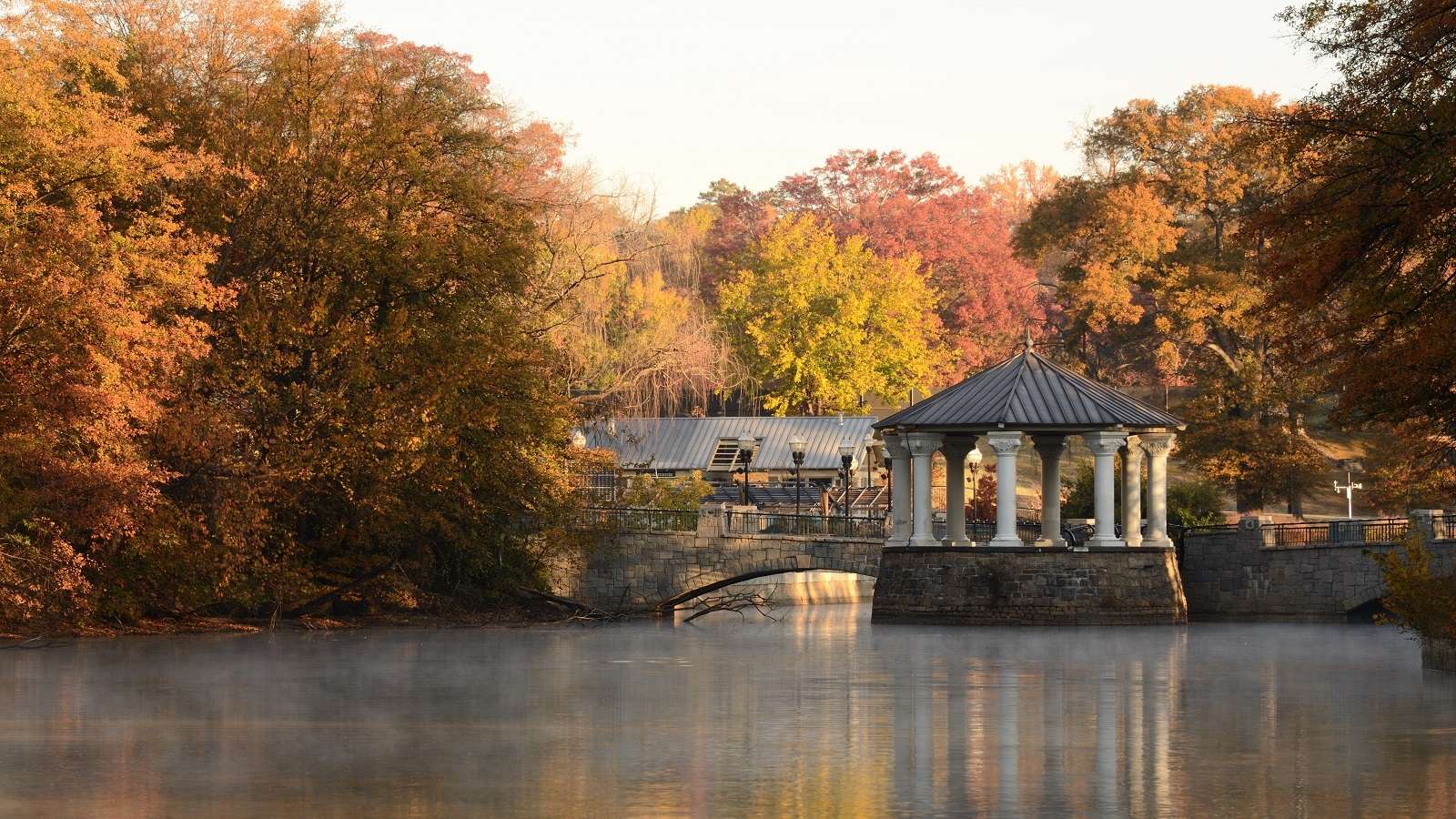 For more outdoor beauty, spend an afternoon exploring the Atlanta Botanical Garden with the country’s largest orchid collection and a Canopy Walk through Storza Trees.

Midtown is known for its cultural attractions and you’ll find no shortage of museums and venues to visit. The Historic Fox Theater features touring Broadway performances and the High Museum of Art on Peachtree is one of the best art museums in the Southeast and it’s located in the Woodruff Arts Center campus. The Atlanta Symphony Orchestra and the Alliance Theatre, a Tony Award-winning regional theater, are at the same campus.

You’ll find plenty of convenient shopping in the Midtown area. Colony Square is the main shopping and dining mecca at the corner of Peachtree and 14th. Atlantic Station, another nearby shopping center, has 50 retailers and boutiques to explore.

For groceries, you’ll find options like the Publix Super Market at the Plaza Midtown and the Whole Foods Market. The new flagship Whole Foods in Midtown is over 70,000 square feet with multiple levels including a rooftop bar with games and stadium seating!

Midtown may be known for culture but that doesn’t mean it doesn’t have great eats too! Become a real resident of Midtown after enjoying chili dogs and shakes at The Varsity which has served Midtown since 1928 and is the world’s biggest drive-in. Another quirky Midtown classic is The Vortex Bar & Grill which delivers beer and fun burger combinations with a casual, rock-and-roll environment.

Looking for date night ideas? One of the best things to do in Midtown for couples is a date night at South City Kitchen, a top-rated restaurant in a 1920s bungalow serving up Southern classics. Nearby, you’ll also find Lure, a seafood restaurant known for its modern farmhouse atmosphere and tasty cocktails.

Want to be close to the action while living in Midtown? You’ll probably want to be in the Midtown Core which is home to lofts, apartments, and condos as well as Midtown’s exciting nightlife and attractions. There are more than 7,000 units in the core, all easily reached with bus connections and MARTA stops. Colony Square is a major mixed-use development and Midtown’s oldest high-rise with restaurants and shopping at your fingertips. One of the most exciting options is Luxe located right next to Piedmont Park with an outdoor kitchen, sauna, pool, and guest suite.

The average price of a home in Midtown, Atlanta is $309,000 or $353 per square foot. Expect to pay on the higher end of the range for newer condo units and single-family homes with prices topping $1 million in some neighborhoods.

The average rent in Midtown is $1,628, according to RentJungle. Midtown is the most expensive community in Atlanta for rent but there are some budget-friendly options in the older apartment buildings.

Does Midtown sound like the right place for you? To get help planning your relocation, contact the trusted Atlanta movers at Wirks Moving & Storage for a free moving estimate!