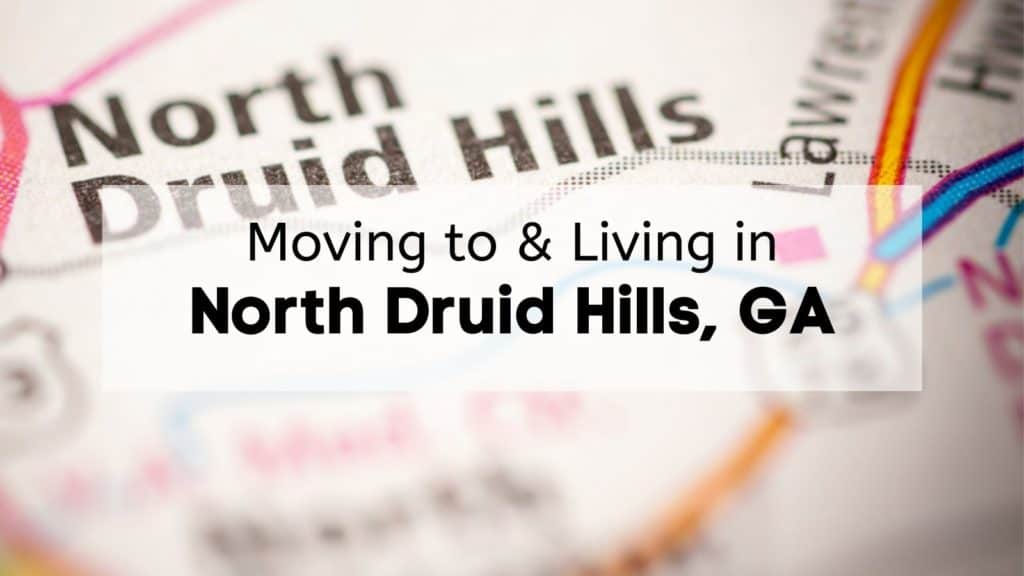 North Druid Hills, Georgia also known as Briarcliff is a census-designated place and unincorporated community located in DeKalb County, Georgia. A popular suburb of Atlanta, North Druid Hills’s history began when Chapman Powell built his “Medicine House” in the 19th century. The home still stands today in Stone Mountain Park. Even after its post-World War II population boom, North Druid Hills remained largely rural until the 1960s, when Executive Park was built. Upon its completion, the area experienced another boom, and it remains a sought-after place to live. But would living in North Druid Hills be good for you? Let’s find out!

Things to Do in North Druid Hills

Even though you’ll be living a stone’s throw from Atlanta, you’ll have plenty of options for outdoor recreation in North Druid Hills. Here are some of North Druid Hills’s residents favorite places to unwind:

If you’re looking to commune with nature, head to Elwyn John Wildlife Sanctuary. This small nature preserve included walking and hiking trails, picnicking areas, and viewing platforms. Need a place for your little ones to play? Kittredge Park Playground is right outside the sanctuary.

Mason Mill Park has something for everyone! Within the park is a 120 acre forest with some of the best biking and hiking trails in DeKalb County. Mason Mill Park also offers tons of nature programs led by its rangers, so you can learn all about the wildlife within.

Additional Things to do in and around North Druid Hills

North Druid Hills also has three great parks. You can see more about them on the Dekalb County Parks and Rec site.

You’ll have so many great restaurant options living in North Druid Hills, it will be hard to choose! And if there isn’t something that satisfies your craving, you have all of Atlanta’s restaurants right down the road. Here are a few of the best rated places North Druid Hills residents love to dine:

If you’re in the mood for a fabulous sandwich, head to The General Muir. This upscale Jewish deli will transport you to New York City! You’ll love their freshly baked bread, in-house cured and smoked pastrami, and their espresso bar.

Explore more restaurants, things to do, and attractions in North Druid Hills by checking out the map below.

North Druid Hills is served by DeKalb County Schools. The top rated schools in North Druid Hills are Briar Vista Elementary School, Oak Grove Elementary and Sagamore Hills Elementary. North Druid Hills is also home to the Margaret Harris Comprehensive School, which is an alternative elementary school for children with disabilities. If parents prefer to send their children to a private or parochial school, there are 8 in the area to choose from. Students will also have access to the free public library Toco Hill-Avis G. Williams Library.