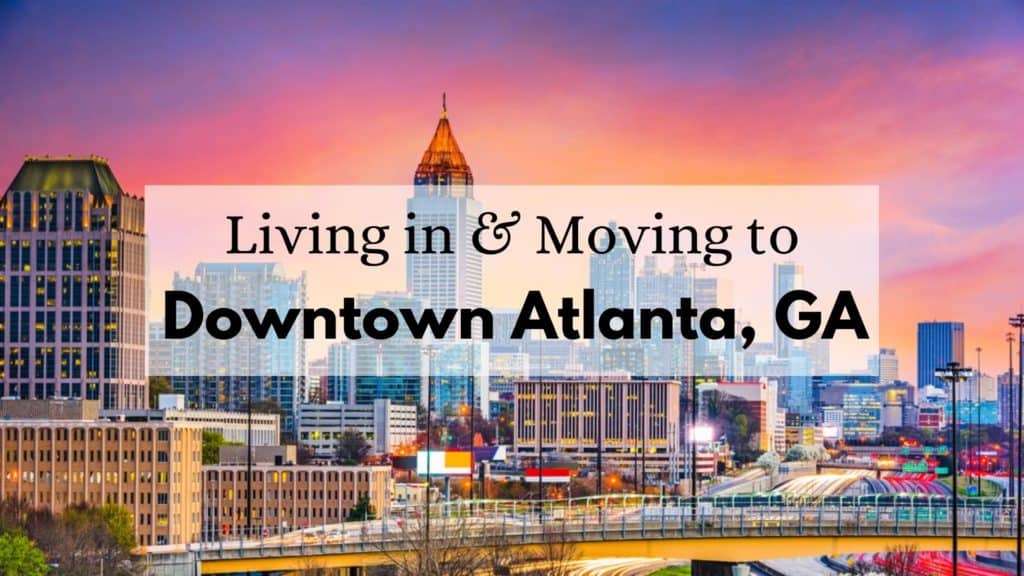 Downtown Atlanta is the heart of the Atlanta Metropolitan Area. This bustling business district located right in the heart of the city is truly where all the action is. It’s the largest commercial district in Atlanta, and home to many corporate and regional headquarters, sporting venues, government facilities, and tourist attractions. If you’re thinking of relocating to Downtown Atlanta, you’ll want to work with the most experienced movers in the area. Call our top notch professional Downtown Atlanta movers today for a free quote!

Downtown Atlanta was originally founded in 1837 under the name Terminus, as it was created to serve the Western and Atlanta railroad system. Five years later, Terminus’s 30 residents voted to change the name to Marthasville to honor the Governor’s daughter. Just three years after that, the city was again (and finally) renamed Atlanta. The city was famously burned during General Sherman’s March to the Sea in 1864, but rebuilt and thrived following the Civil War. The area that is Downtown Atlanta was a bustling business and residential district by the 1920s.

Despite downturns in other areas of Atlanta, Downtown Atlanta continued to grow and thrive throughout most of the 20th century, with Peachtree Center and the Hotel District becoming major commercial hubs. The 1980s and early 1990s saw a spike in crime that caused an exodus of residents from Downtown. However, the 1996 Olympic Games, as well as revitalization efforts by Georgia State University, breathed new life into the neighborhood. The creation of Centennial Olympic Park helped launch Downtown Atlanta as a tourist destination. Soon other major attractions popped up, like the Georgia Aquarium, the CNN Center, the World of Coca-Cola, and the Mercedes-Benz Stadium.

Today, Downtown Atlanta continues to thrive, and the skyscrapers in the neighborhood create the city’s signature skyline. It’s one of the nation’s top business districts; Fortune 500 companies like Coca-Cola and CNN have chosen Downtown Atlanta for their headquarters. The neighborhood offers residents easy access to restaurants, nightlife, shopping, culture, and everything in between. Are you making a move to Downtown Atlanta? Let our highly trained Downtown Atlanta professional movers help you with your relocation!

Downtown Atlanta is located in central southwest Atlanta. It is bound by Boulevard at its east end, Interstate 20 to the south, North Avenue at its northern end, and Northside Drive to the west. The neighborhoods surrounding Downtown include Old Fourth Ward, Midtown, Georgia Tech, Sweet Auburn, Summer Hill, Mechanicsville, Castleberry Hill, and Vine City.

Residents of Downtown Atlanta have a ton of transportation options to choose from. The Downtown Corridor runs through the neighborhood, and Interstate 20 serves as the southern border. Downtown Atlanta is also the epicenter of the city’s public transportation system. The Five Points Station at Alabama and Peach Streets is a transfer station for all MARTA rail lines and 10 bus routes. Atlantans can also rent ZipCars here, and shop at the Fresh MARTA Market on Friday afternoons! There’s also a bikeshare hub near the Five Points station on Peachtree Street NE.

Who Lives in Downtown Atlanta?

The population of Downtown Atlanta is about 13,362 people. It’s a diverse area, with a demographic breakdown that is as follows: 35.6% white, 4.8% Hispanic, 48.2% Black or African American, 8.6% Asian, and 2.7% Mixed or Other races. It’s a well-educated community, with almost half the residents having earned their Associate’s degree or higher.

Median household income in Downtown Atlanta is $45,100. Top occupations are sales, administrative, education, and business or management positions. These jobs are typically within the education, professional/scientific/technical, and hospitality industries.

Things to Do in Downtown Atlanta, Places to Eat, and Where to Shop

There’s so many fun activities in Downtown Atlanta – it’s impossible to be bored! There’s something for everyone – shopping, dining, culture, nightlife, and beyond. Here are just a few of Downtown Atlanta’s great attractions and activities:

Perhaps the best place to start exploring Downtown Atlanta is Centennial Olympic Park, the repurposed 22-acre site of the 1996 Olympic Games. You can spend an afternoon exploring lawns, the Fountain of Rings, playing on the playgrounds, or taking in a concert at the amphitheater. Within walking distance of the park are the CNN Center and the World of Coca-Cola, where visitors can learn the history of both these major companies. Take the kids to the Georgia Aquarium, the world’s largest aquarium or the Children’s Museum of Atlanta. College sports lovers will enjoy the College Football Hall of Fame. And if you’re looking to learn more about the Civil Rights movement, be sure to visit The Martin Luther King, Jr. National Historical Park and The National Center for Civil and Human Rights. 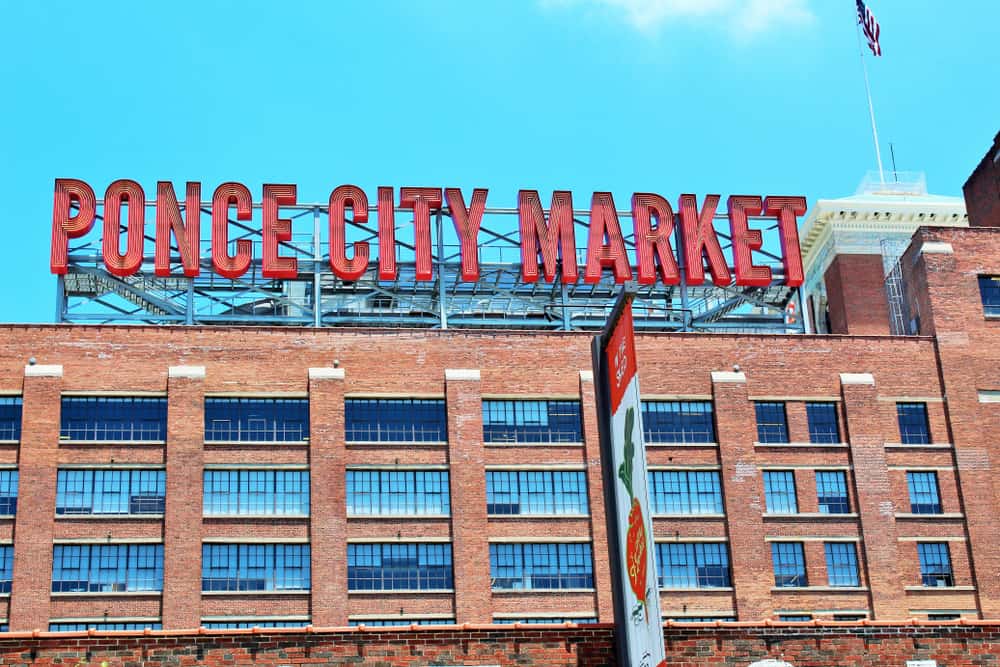 It’s easy to shop till you drop in Downtown Atlanta. Ponce City Market is a fantastic indoor marketplace designed by the same group that built Chelsea Market in New York City. If you’re looking for luxury items, check out Lenox Square and Phipps Plaza for higher end retailers and boutiques. Atlantic Station offers outdoor shopping with options that work within any budget.

If you’re looking for great food in Downtown Atlanta, you won’t be disappointed. The Food Shoppe offers amazing Cajun/Creole fare. If fine dining is what you’re after, Nikolai’s Roof won’t disappoint. This upscale French-Russian restaurant on the 30th floor of the Hilton Hotel boasts amazing views of the city. Want something more casual? Check out Der Biergarten for German beers and brats. You’ll have your pick among many amazing bars and lounges in Downtown Atlanta as well. Unwind at Gibney’s Pub for an easy night of drinks and games. For a quieter, more upscale experience, check out Red Phone Booth, a speakeasy style bar with craft cocktails and cigars.

List of Things to do and see in Downtown Atlanta – Atlanta

If you’re looking to rent in Downtown Atlanta, you should expect to pay around $1,731 a month, which is just slightly higher than the citywide average of $1,703. Rent prices are rising in Atlanta, but not drastically. Rates are about 1.4% higher than last year.

Is Downtown Atlanta calling your name? This great city is ready to welcome you with open arms, and our highly trained, trustworthy Downtown Atlanta movers would love to help! Give Wirks Moving a call today for a free quote!